The Difference between Chinese and Japanese Acupuncture 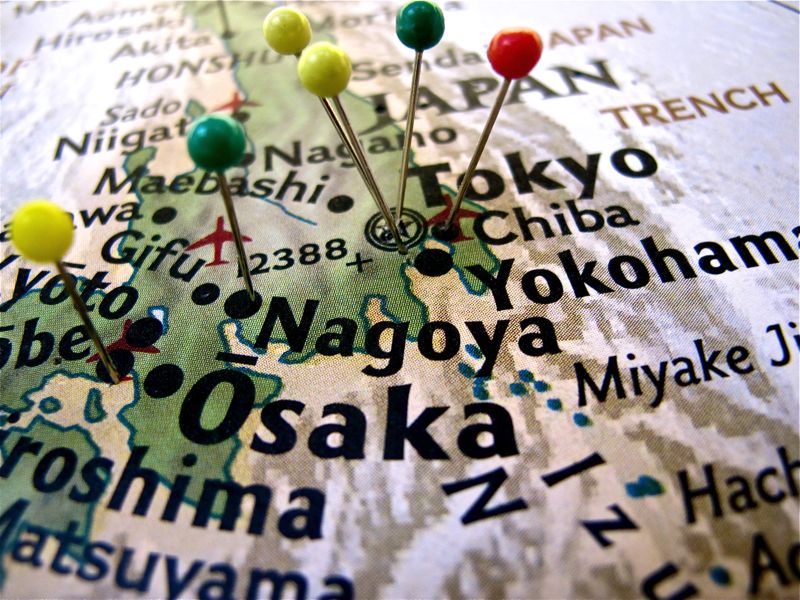 When you think of acupuncture, it’s natural to think Chinese in the same breath. Not many people are familiar with the Japanese version of this therapeutic form of treatment. Both forms have their roots in the Orient, but the major similarity is found only in the name. All acupuncture practiced today stems from classic medical principals first recorded in ancient China over 2000 years ago.  Since the 6th century A.D. (when these texts were first introduced to Japan) the two have gone their separate ways, developing their own individual traditions…

The differences between Chinese and Japanese acupuncture methods are detailed below:

•    The size of the needles: The Japanese tend to use smaller and finer needles than the Chinese, as a result of which, the pain is considerably reduced.Japanese Needles are thinner and sharper than their Chinese counterparts.  This gives them a much kinder passage through the skin resulting in little to no pain.
•    The method of insertion: The Japanese use metal or plastic tubes to guide the needles into your skin, a technique that is designed to enhance accuracy and reduce pain. The needles are also cleaner and free from infection.Chinese needling involves lifting, thrusting, twisting and twirling the needles until the qi arrives.  The practitioner know this occurs when the patient notifies them that they feel a dull and distending feeling around the needle.  In Japanese Acupuncture the practitioner relies on their keen sense of touch to feel the ki arrive.  It is not essential at this point for the patient to feel anything at all, but any sensation is usually described as warmth, tingling  and generally pleasant.
•    The depth of needle insertion: Needles in Japanese acupuncture are inserted more gently and superficially (they do not pierce deeply) than the Chinese method. Chinese needling tends to be aimed more at the fleshy areas of the body.  To get to  these areas the needles are inserted generally between 1 – 5 cm.  Japanese Acupuncture is more interested with the area on or just below the skin (with its enormous number of nerves sending messages to the brain this is a very potent area to work with).  As such, the needles generally need only be inserted between 1 – 5 mm.

•    The use of herbs: Chinese acupuncturists rely on a combination of needles and herbs to cure or prevent disease and afflictions, since herbs are an essential part of the whole Traditional Chinese Medicine (TCM) concept.  Japanese acupuncturists on the other hand, do not normally use any form of herbs in conjunction with acupuncture but refer to specialist Kampo (Herbal) practitioners who’s qualifications include a degree in pharmacy.
•    Less de qi sensation: The tingling sensation you feel when the needles are inserted and twisted into position or the de qi sensation is not as strong with Japanese acupuncture as it is with the Chinese version.
•    The reliance on touch: Japanese acupuncture practitioners rely on touch rather than on sight to decide on the entry points for the needles. Every acupuncture point is palpated before the needle is inserted.Japanese Acupuncture is much more hands on than it’s Chinese cousin.  Incredibly, for a period in Japan, Acupuncture was a profession mainly practiced by the blind.  This created a rich tradition of diagnosing by touch (palpation) which has been passed on to modern practitioners.
•    The use of moxa: Most Japanese acupuncturists use moxibustion as part of their acupuncture routine. This technique involves warming the acupuncture points by burning moxa, derived from the mugwort plant, above the skin before the needles are inserted.

Deciding on the best acupuncture form is a matter of personal choice, one that depends on the nature of your illness, your familiarity with the practitioner, whether you’re seeking relief from the symptoms or a holistic prevention approach, and on what seems to work for you. Make sure you’re informed about the pros and cons of any treatment form before you begin.

Often in the modern practice of Chinese Acupuncture the treatment will be solely focused on the individual problem that the patient comes in for.  In Japanese Acupuncture there is a particular emphasis on first balancing the energy in your body and then dealing with the   problem at hand.  This not only results in a faster recovery for the patient but will also leave you feeling on top of the world after the treatment.